The Cooper Basin is the location of the most important on-shore petroleum and natural gas deposits in Australia The oil and gas window is located 1,250 m below the surface[1] and was originally discovered in the 1960s (although there are larger oil and gas deposits off-shore). The first commercial discovery of gas occurred in 1963.[1] It includes Australia’s largest onshore oil field, the Jackson oil field.[2] This field was discovered in 1981. Pipelines transport gas to the major markets of Brisbane, Adelaide and Sydney. Overall about 1,800 petroleum wells have been drilled.[1]

The largest producer in the basin is Santos Limited with its main production facility at Moomba, South Australia. The oil and gas deposits in the Cooper Basin tend to be fairly small and fragmentary. Overall there are 160 gas fields and 75 oil fields in production containing about 630 producing gas wells and more than 340 producing oil wells.[3] There are many small listed companies exploring for additional deposits in the region. Some of these companies are Austin Exploration Limited, Cooper Energy, Beach Petroleum Limited, Senex Energy, Strike Energy, Acer Energy, Magellan, Impress Energy and many others.* 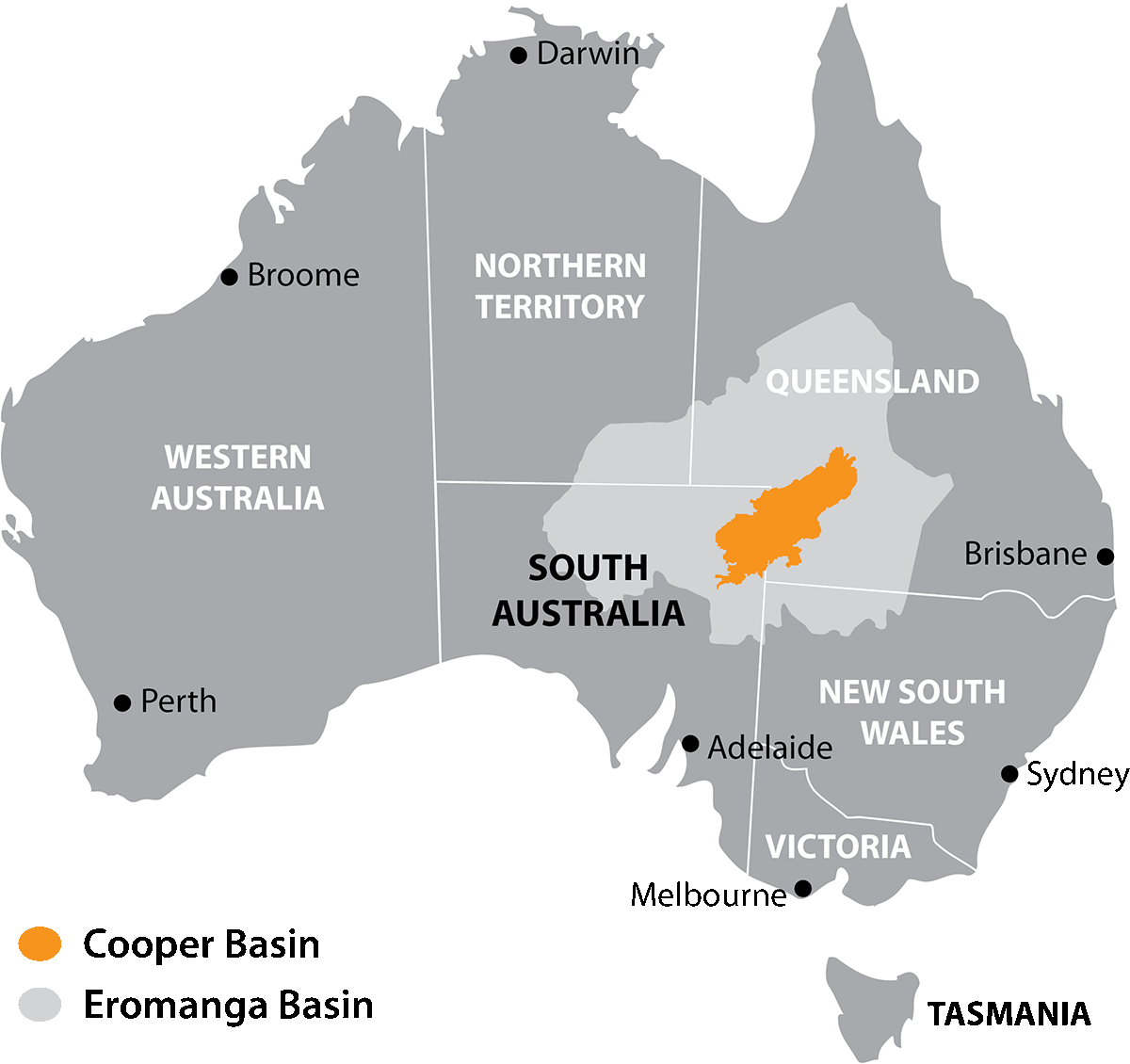